In celebration of the release of the 80th Anniversary edition, we will continue adding supplementary material in here over the next few weeks.


Appendix to the first Edition: 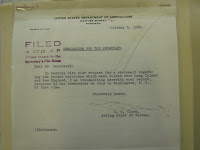 Weather Bureau Report to the Secretary of Agriculture
Report from the Weather Bureau to the Department of Agriculture (dated 12 October, 1938) as found in the National Archives and Records Administration. The document (found here in transcript and picture/PDF form) contains a cover letter, a technical report, "exhibit" attachments to the report, and a compilation of all advisories issued during the storm.

Supplements to the new Chapter 10: 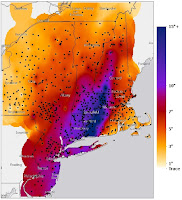 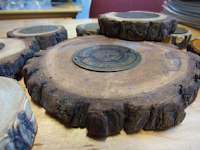 The Hurricane Relief Disks
Chapters 9 and 10 feature souvenir disks made by the city of Hartford, CT to commemorate the relief effort following the Hurricane. What appears in the book is the straightforward information that I have found about them, but the story about  how I figured it all out, is also worth sharing. (More...)

Hurricane Chairs
These chairs, discussed in Chapter 10, were made with wood from pine trees fallen during the storm.
(More...) 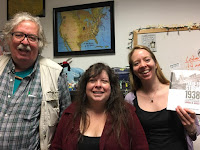 Meeting the Pierces
I had a wonderful visit with members of Charlie Pierce's family where we talked about Charlie and his legacy.

The "Weather Bureau Picture"
This picture, which appears in Chapter 1, was not the only one taken on that day. Here's what happened when I heard about it:
(More...) 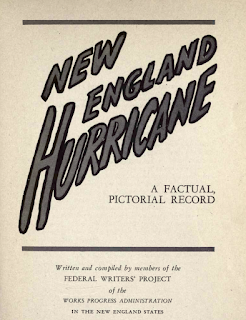 
All federal agencies heavily involved in the relief efforts following the Hurricane produced detailed reports, many of them published as books. The Works Progress Administration (WPA, which does not exist anymore) was one of the New Deal agencies created by the Roosevelt administration in an effort to ease the effects of the Great Depression. Of all the federal agencies, the WPA had the biggest role in general relief and recovery and it published this somewhat poetic account of the damages accompanied by many pictures. The PDF file was obtained from archive.org. 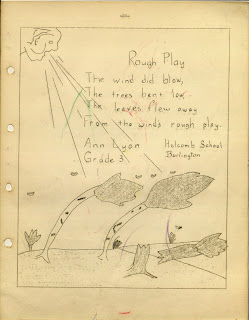 The Hurricane and Flood of 1938 by Girls and Boys of Connecticut Supervisory District #7
This wonderful mimeographed scrapbook contains a collection of writings, poems, drawings and even songs by children in Connecticut schools during the six months following the Hurricane. Some of the pieces were prompted by teachers and others were done spontaneously as children were processing the tragedy that they had just witnessed. Page 3 is missing (comment on the Facebook page if you have it and want to share it with us).